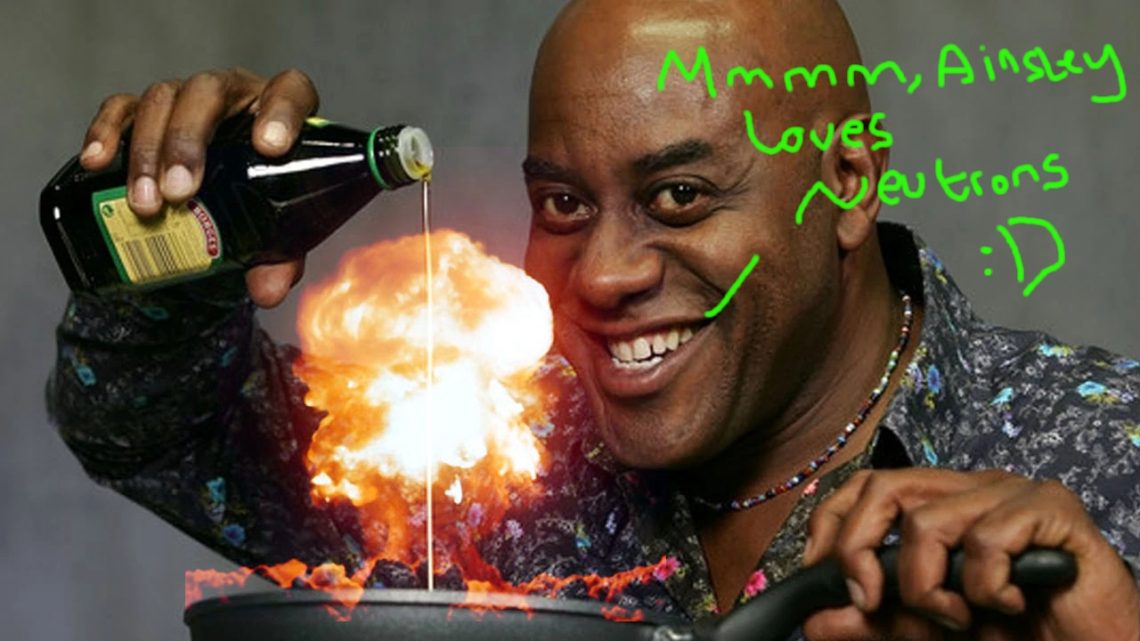 On Sunday evening I discovered a nice new tasty recipe that I wanted to share. First you gon’ need some ingre🅱️ients:

First off you gotta get a oven and turn it on and smash them steakybois right in there. You wanna leave ’em in for waaay too long, maybe even 5 hours, so the s t e a k s become o v e r c o o k e d and far more dangerous than they really are. Yes that’s right this show is called “Cooking With Metaphors”, get on board.

So now that your I MEAN steaks have been thoroughly I MEAN overcooked, you need to take your pinch of communist ideology and sprinkle it all over them. Make sure you cover them well and that it properly soaks in to all the crevices of the steaks. You know where it says you only need a pinch of this in the recipe well that was a good old fashioned lie just to make the recipe seem more agreeable up front, you need to put way more of it on these steaks than would ever be feasible. We’re aiming to make these stoinks taste so bad that you actually enjoy how bad they taste. Metaphors, yeah? Well specious.

Now you need to make the sauce and for that you need a blender. Take several tens, possibly hundreds, of Soviet-era nuclear scientists and literally blend them all up in the blender, bones, eyes, adidas tracksuits and all. No these weren’t in the ingredients list, we’re thinking on our feet here. Think fast! This is also where we add the well-explained science, it should go in the blender at the start. We’ll call this sauce Protagonist’s Entirely Fictional Helper Lady because we like fancy names around these parts. Get with the program, this ain’t Jamie Oliver, we cookin’ up the hot shit right here. Real Ainsley hours!

Anyway you should also have been filming your culinary escapades here because that’s a key part of the recipe. You need to make sure you do a good job of filming it so probably ask David Fincher to do it for you if you know him, or if you don’t know David Fincher just ask any friend you’ve got who’s equally as good at filming stuff as David Fincher, and get them to film it.

Now it’s time to eat the dish but fair warning, with the steaks being so overcooked, and the liberal sprinkling of communist ideology, it’s not going to taste very good – but sometimes bad tastes can be worth experiencing, like this one is. I also recommend sharing the meal with any local fictional old men you happen to know, who can give imaginary speeches about how great Lenin was, just to set the atmosphere.

While eating it (with the fictional old man) you also need to make sure you don’t ever think about how the kind of hierarchical inefficiencies detailed at length here also exist in a near-identical form in any large Western corporation too. Just don’t think about it. We’re hating the Ruskies here goddamnit! What did you think this was, a cooking show?!

Chernobyl plays fast and loose with some of the facts, and spends way longer focussing on some things than it probably had cause to, but it’s a damn fine bit of dramatisation. Just don’t take its word as gospel. I rate it 8 megatons out of 10 megatons.